I didn’t know that Börje Peratt could handle the sword of justice so masterfully! He behaved like a male Goddess of Justice with calm, balance, acumen and impartiality. It was impressive to get various events shown from different perspectives, e.g. the kerfuffle in a hospital corridor! Furthermore, Dr Enby meeting the love of his life, Gunnel, her polio leading to his research, which I had only known a little bit about; patients’ reports about the road to recovery from chronic disease and the slander some of his colleagues, Professor Dan Larhammar, VoF, a desperate father who had lost his daughter, journalists and lawyers were responsible for, thus preventing Dr Enby in his research as well as in his work with patients.

“So, it’s finished. The documentary about Dr Eric Enby illustrates the persistent struggle of a lone pioneering researcher’s ongoing battle for his theories against the front line of those who epitomise the old paradigm coupled with the misuse of its powers by authority. This shocking thriller about what happens behind the scenes unfolds before our eyes, becoming a powerful wake-up call.

On the flimsiest of grounds, Erik Enby, on his retirement, has his licence to practise revoked to prevent him continuing his work. The decision is based on slander and gossip and the initial investigation is not pursued but his licence has not been re-instated. His research has subsequently been paralleled in other parts of the world but in Sweden he is faced with a non-scientific attitude; not being seriously listened to, or able to conduct his research within the accepted medical framework.

Driven by a deep-seated sense of justice, director, scriptwriter and producer Börje Peratt began filming just a year ago, having been persuaded by Ulla Premmert, who promoted the book about Erik Enby’s life. Peratt had noted that the Sceptic movement VoF was deeply involved in the story. Vetenskap och Folkbildning (Science and Education of the Public) is an organisation which has become known for the persecution of those with differing views to its own and the awarding of Förvillarpriset (The Prize for Deceit); this is used as a way to frighten off researchers, journalists and others who hold opposing views. 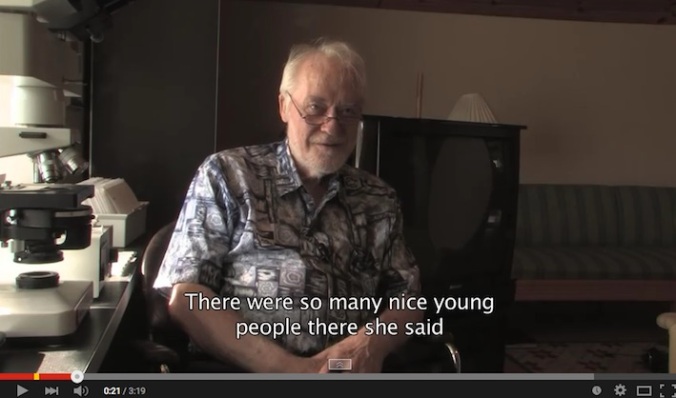 “The Doctor that refused to give up” is about Erik and Gunnel Enby.

Erik Enby has been called one of Sweden’s most dangerous doctors. He claims that under the microscope he has made discoveries that are worthy of further study. If his findings are correct, they could change the medical paradigm. In his long career, Dr Enby has treated 30-40,000 patients (from around the globe), often “abandoned as hopeless cases” by the health service. Thanks to Enby, many of these have had a new lease of life.
Dan Larhammar, Member of the Royal Swedish Academy of Sciences, is one of Erik Enby’s most strident opponents.
In this film, I take a closer look at the Enby case. Who is he? What does he claim? Why has he been so violently attacked? Who initiated the ten year long media hunt against Erik Enby, leading to him losing his licence and subsequently to police investigation, even to having his home searched?
Is he so dangerous because he may be right?

The doctor that refused to give up

“A teen couples where the girl gets polio (1957) drives the young man to become a doctor and seek the origin of disease.
He discovers that infection in the blood may be the cause of many diseases.
It is contrary to current scientific understanding.
For 45 years he struggles stubbornly ahead and help many who health care cannot cope. His unorthodox method suffer a media hunt and official punishment but then in May 2015, an international team of researchers publish a comprehensive study that seems to prove him right. ”